Changes to the show? Change the title?!?

The last few weeks have been a delirium!
And we went back to Mozambique again! Only for a few days, a quick visit.
First we went to Pemba to talk to the Health Management of the province of Cabo Delgado and then to Palma for the first flash mob in the history of the town.
Yes, we rehearsed the show, behind the hospital, in the presence of an audience, about 250 people.
But first things first … 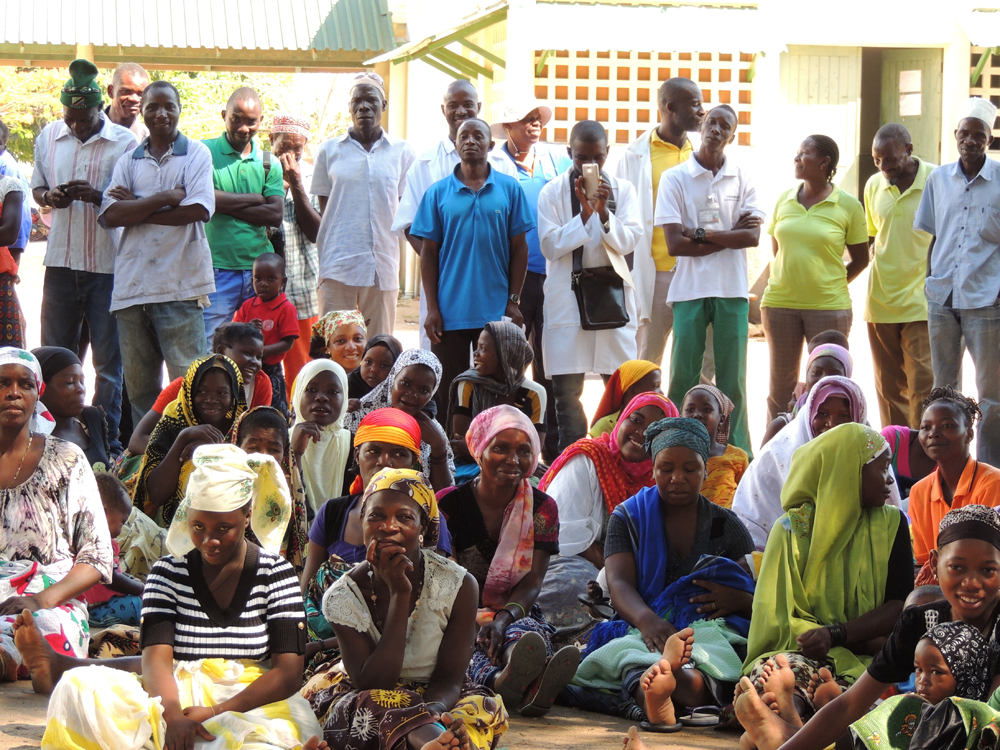 Rumours about the existence of the ” Theatre So Good” project have reached the higher-ups. We have been called by the health service manager of the entire province of Cabo Delgado, Dr.Agostinho. She is the highest health authority in the province.
We show up in her office and we find her entire staff, all present. There are those who deal with malaria, maternal health, cholera prevention, health information, immunology, virology. Twenty people in all.
We watch the rehearsal of the show recorded at Alcatraz, the lights come on and the debate begins.
For a few minutes, of panic I must admit, the show has been torn apart. Everyone – and they are all doctors and nurses, not average people … – expresses their concerns: what they would change, what they would add, what they would cut out …
Changes to the show? Again? After all the work already done?!?
I write down at least three pages of notes.
Then Dr. Agostinho takes the floor:
“Let us sum up.”
“Oh, fine,” I think.
“The title needs to be changed!”
What?!? The title?!?
The fake doctor might imply that there can also be fake doctors in Mozambican hospitals. The title needs to be changed. And then the real doctor cannot be cured with traditional medicine, that needs to be changed. And then, there is no doctor who makes house calls in Mozambique, that needs to be changed.
The health recommendations are not enough, that part needs to be changed.
I was listening, but I got stuck at “The title needs to be changed” …
After a long discussion we come to a classic and immortal series of compromises: make some changes to the text, yes, even to the title, but without distorting the story, which they liked anyway and it is officially “approved.”
In the next episode I will give more details about the show.

After the meeting in Pemba we move to Palma for a few days.
Objective: to rehearse the show in front of an audience. So far the rehearsals have been in Portuguese, and in Italy, with Italian audience.
Well, the boys have rehearsed it a few times with no audience but a rehearsal on the ground with Mozambican audience has never been done. And it has to be done before a tour.
Will the show make people laugh? Will they understand it? Will they like it?
It is 6:30 a.m. on an ordinary day in the backyard of the hospital in Palma: it’s showtime!
Yes, the time is strange. Let’s begin the show at 7 a.m., before they start the examinations in the hospital, so all the mothers with children waiting to be examined can be our audience.
So, at a rough guess, we count 250 people.
And the show begins.

We agreed with the actors that the rehearsal would be in Portuguese, partly because we hadn’t rehearsed it enough in Swahili, and partly because we didn’t want to spoil the show which was to go on stage in the same Palma during the tour.
After a few words in Portuguese the actors begin to mix Portuguese and Swahili, a few words in one language, some in the other.
My legs start shaking… but what are they doing?
Nevertheless, the audience start to laugh and finally the show becomes comical, it increases.
The boys improvised and they were right.
Eventually the doctors of the hospital are pleased, the manager of Palma is pleased, it is over! And it has turned out well!
I ask three old men who didn’t move from beginning to end, three religious leaders they tell me, if they liked the show. They smile nodding. Yes, it has turned out well!
We are moving away when a woman comes close to Arlete, who is the midwife on stage, she tells her that she is pregnant and she would like to understand the health recommendations better. She believes Arlete is a real doctor, I get this impression. Arlete accompanies the woman to a nurse, they speak for a few minutes, then Arlete goes away.
It can’t have turned out better than that.
The next step? A 5-show tour in 5 villages. My legs start shaking again …