My life started with an escape.
My mother’s escape.

She waited for my father to go out, gathered up her few possessions in haste and ran away from home.
She sent off down the trail, my brothers trotting by her side and me in her capulana sleeping on her back.

It was an escape for the love of life.

She rebelled against my father who wanted to kill me.
Why kill a two month old child? I never knew: for money, to make a feticeria… my mother never told me!

I lived in Intuchi, my mum’s village, until I was five.
Then I moved to Palma.

My mum was offered a job in a kiosk selling sura by her uncle, a coconut plantation grower. Mum accepted: she was poor and when you are poor you never have much choice!

There was a war at that time.

I was young then, but because of what I saw and heard, I never thought I would get to see peace. I never thought that the day would come when I would see a car travel safely on the roads.
The war lasted for ten years.
It was a ghost war. It was not a war of armies. It was a war of disorganised bands with numerous commanders who only knew how to spread fear.
The rattle of death was everywhere: the lament of lives as they ebbed away. For us, those sounds had become part of the landscape.

The bandidos swooped down on us without warning, killed and plundered everything there was to eat and then, burned the houses.

Our one concern was to save not only our lives, but also the food if we did not want to die of hunger afterwards.
The villages emptied out and refugees filled the beaches.

I remember that day well. It was six in the morning. 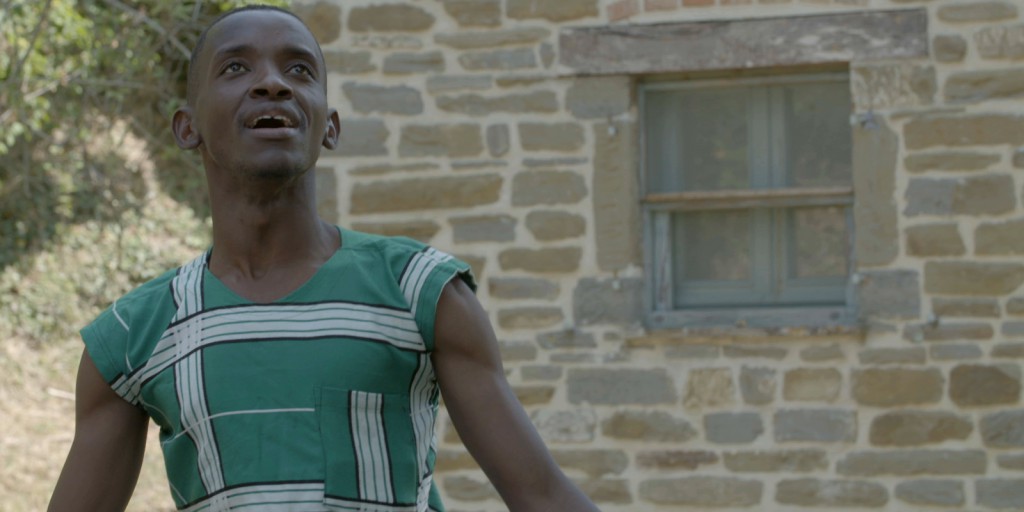 The machine guns suddenly came on us. Everything happened so quickly!

Everyone fled, every man for himself. Mothers lost their children and children lost their mothers.

I was already in the water when a man’s strong hand hoisted me onto the boat.
We were safe on the sea. The bandidos were afraid of the water; they were men of the land.
I remained hidden on an island with many other strangers for three days.

When I was taken back to the village, my mother’s embrace was sweet and I clung on to her, breathed in her smell; that smell that has stayed with me ever since the day that my life was saved.
Those were times of war. These are the memories of a child who lived through it.

The time came for peace and my maternal uncle arrived with it from Germany to where he had emigrated to escape the war and misery of Mozambique in those years.
He took me with him to Pemba.

“We poor people have to wait for God’s blessing and believe in him. You’ll be all right with your uncle,” said my mum when she said goodbye

It was tiring for my uncle living with me because I was a small boy.
He did not know what to do with me, he did not understand that for someone who is still young, it is normal to want to play and have fun.

“Sleepy-head… bandit…” was what he called me. Staying with him just got worse and worse!
When I found out that my mum was in Pemba, I went to her.
She taught me a great lesson in life!
Often when I went out with my friends and came home after lunch or dinner time, I couldn’t find anything to eat.

“In this house there is a set time to eat. If you want to eat now, light the fire, take some flour, prepare the caril and when it’s all ready, then you can eat”, she used to tell me.

At the time, I used to think that it was a punishment that was a bit too harsh, but then as I grew up, I realised that she was teaching me, through the simple gestures of preparing food, to look after myself and not to depend on others.

“You will be able eat even when I am no longer here”. Now I understand the real meaning of what she said to me.
Now I do the same thing with my own son, the eldest!
I was about nine years old then. I saw the boys of my age going to school… But nobody ever said to me, “Now I’ll enrol you in school”.

I worked as a porter. I was always the first on the scene when a big car pulled up.
I was not happy, but I told myself, “When I’m big, those relatives who were nasty to me are going to have to deal with me”.
I have always believed that life was not generous to me, that my relatives did not appreciate me for what I was worth, and they did not know how to give me the love I craved.
And then I wanted to learn how to write my name. If you do not leave a mark, a mark on paper that lives on when you are no longer here, you are destined to vanish into thin air. And I wanted to mark my passage!
My aunt from enrolled me in school, the one I went to when I decided to get as far away from my uncle as possible.

At that time, I did not want to go back to my mum’s house. She was living in Palma with her new husband and I was convinced that by then she had forgotten me. It was not my home any more!
I went to school in Moeda every morning and in the afternoon I had to help my aunt in her machampa. It was hard working the field and I did not understand why I had to go to the machampa, but my cousins did not.
I felt they were being unfair to me.

At the age of sixteen, I started earning quite a lot of money modelling in discos. I am very slim and I can wear any outfit. As a model I was much in demand.

In the meantime, living under the same roof as my aunt and cousins had become increasingly acrimonious.
One day, after having unjustly accused me of taking some money from the house, my aunt threw me out.
“But where will I go with all this hardship, I no longer have a family”. “Wherever you want, but not here”, was her reply.

I went back to Pemba.
During the day I went from door to door looking for work as a servant and at night I slept in the street among the gangs of street kids.
My uncle finally found me again. To put an end to all my wanderings, he decided it would be a good idea to make me sign up for the army.

My name, however, was not on the list of those chosen.

At the time I was disappointed, but now I think it was a stroke of luck: if I had become a soldier, I would never have encountered the theatre or music.
I returned to Palma where my mum’s house was. I was afraid to go to her house, I feared yet another rejection. I had already had so many!

Mum, however, was happy to see me again.
I had lost so much time wandering around, only to find a home in Palma, close to the person who had saved me with her courage, I had finally found my home!
I did not want to do hard, physical work anymore. I wanted to work sitting in an office; I wanted a job that would give me dignity.

“If you want to succeed in life you need to be smarter in the way you live”, I said to myself one day.
And this decision guided my choices from that day onwards.

I now work in roles that require a higher school level than mine.
I now do theatre and make music; my two loves.
Theatre is a world of respect for rules, for timetables imposed by others. Music is my world of freedom. I can make it anywhere, whenever I want, and I am the one who decides the time.
Achieving this is the result of my driving ambition, but if I have managed to achieve it, it is also with God’s help.

And God has blessed me even now!

In May of this year, an important government project on which I had worked came to an end. I was unemployed.
One day I got a call, “Come and do an audition, the whites from ENI are looking for actors for a project on health” … and here I am in Alcatraz in Italy, telling you my story… who could have imagined that!!!

Now I have to go, rehearsals are starting.

I did not tell you about Mister Kedo… it will have to be for the next time.