Performances (and casting) in the village of Quionga

Yesterday Pundanhar, today Quionga, another two theatre performances programmed, another two companies to get to know, one from a school and the other from a community.

The school group faces the subject of young weddings. The mother blames her husband because he gave his daughter in matrimony when she was still too young, preventing her from studying. Another two girls, instead, who are not married, obtain a scholarship.

The community group, which is called the Primo Maggio theatre group and is composed of 18 elements, instead proposed a performance on health, until now possibly the closest thing to the objective of our project.

The plot: a woman goes into hospital to give birth, everything goes well, the doctors advise the woman to take some medicine but her husband is against this and throws the medicine away. The same scene is repeated again. The woman is now pregnant with her third child, the husband decides not to go to hospital, the woman is ill, a neighbour comes and drags her to a doctor, but it’s too late and the woman dies.

Message: plan your family, women, don’t continually have children and take the medicine!

Beyond the educational story, which we are used to at this point, some interesting elements appeared, even a flicker of comedy. 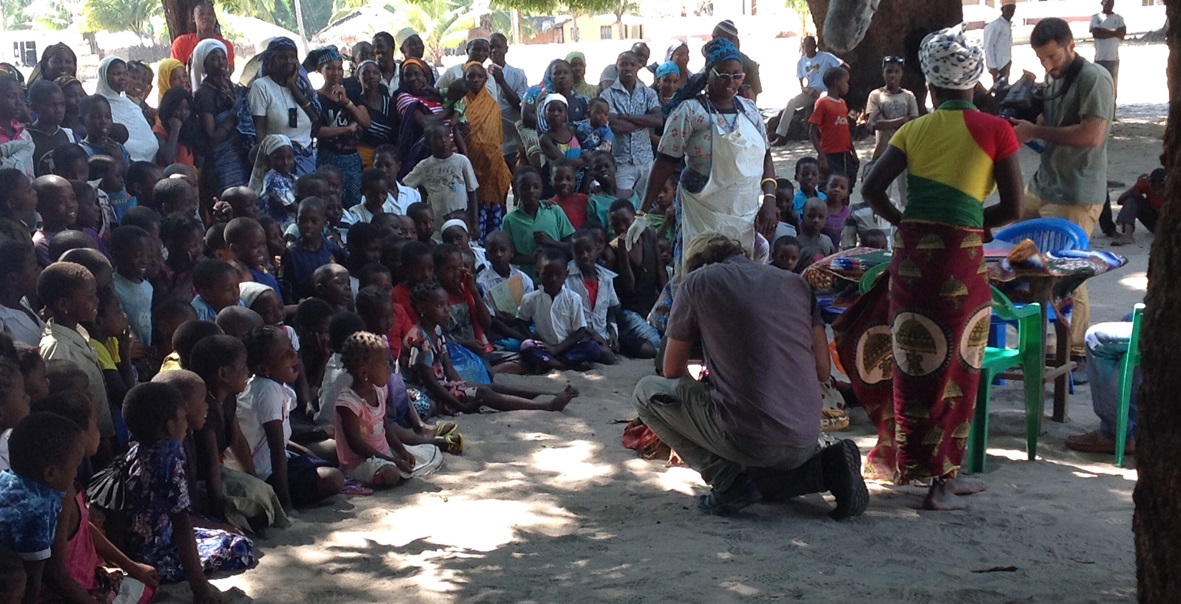 The props for example: in the hospital, a trumpet had been cut to simulate “listening to the mother’s belly” and a plastic bottle with yarn was used as a drip-feed. The doctor who listened to the mother’s stomach was funny.
Another incredible thing was the audience. There were about a hundred people, and as the performance continued the circle around it became tighter, tighter, until the children in the first rows were practically sitting under the table prop.

At a certain point it was impossible to distinguish between the space used for the performance and the public, and it turned into a wonderful scene within a scene. Maybe because of professional bias, I always tend to think what could have been done to make the scene even funnier. It would have been an exceptional moment if one of the actors had started “playing” with the public that continued approaching the ‘stage’, or a walk could have been improvised among all those present, or something along those lines.