“She only had one way to get better: to tell her story. I said that I would listen to her for as long as it took … So, she told me her story”

My name is the name of a boat. A big boat moored in the Port of Palma.

It was my aunt who chose my name. Granddad performed his ancient rites and said that was the name.

I was born quickly, on the road, before my mum could get to hospital.

I grew up with my grandparents, in Kilundi, in the north of Mozambique. They were farmers and their machamba produced a lot of food.

I could not stay with my mother: her field did not produce enough to feed us all.

Dad was a good man, but he was a compulsive gambler: any money he won, he then lost.

I was well cared for by my grandparents. I liked grandma and she liked me. But granddad was the one who looked after me the most because I was a sickly child.

He was a very good curandeiro: people came from far away to be treated by him.

He did not want any money: only those who were healed could give him a gift. And lots of gifts arrived in his house!

When I was ten years old, I went home to my mum in Palma. I began studying the Koran.

I remember that period as a time of music and dance.

Dad taught the Koran and the house was full of people. There were always drums being played and songs being composed to the tunes of famous Makua songs.

We put together a large musical band and started putting on shows at village festivals.
I have always been shy and I have never had the courage to overcome my shyness. But often those who are shy redeem themselves by performing… and I liked to perform!

We were in the machamba when we heard the news. We left all the crops in the field and immediately set off for his funeral.

After his death, my maternal uncle decided to take me with him to Pemba.

Unbeknownst to me, a journey began that would erase all the certainties of my childhood!

I became the housemaid: I took care of the newborn baby, learned to make cakes and clean the house.

So far so good, what I learned then in my uncle’s house has served me in life.

But my uncle did not like certain ways I behaved, playful and impertinent, typical of the little girl that I was, and it upset him. 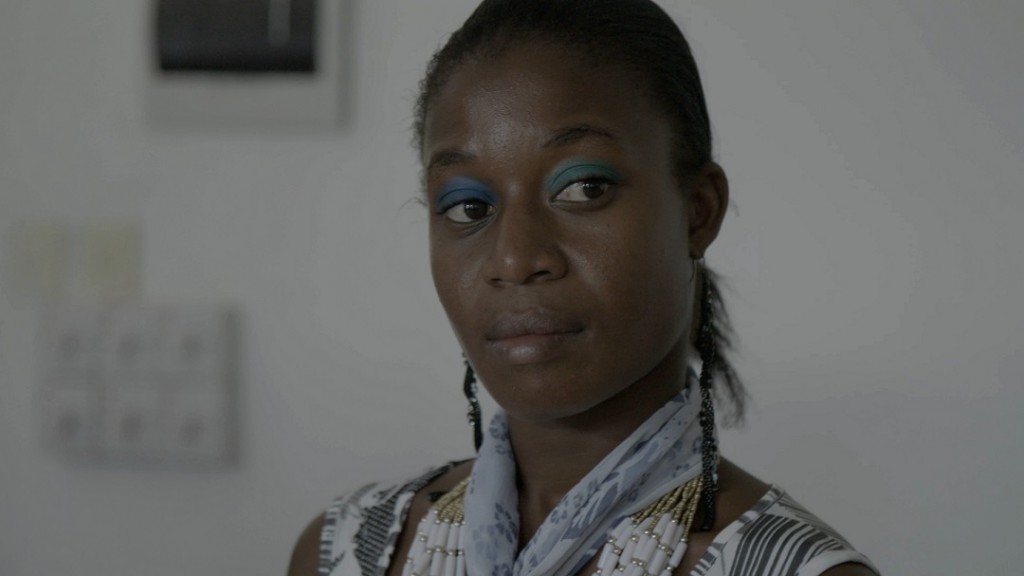 If I wanted a breath of fresh air or to see my friends, I had to do it behind his back when he was not there.

His arrogance and bullying could stop me going out into the world, but they could not stop the world coming to me, into the house.

And Momad entered, my aunt’s cousin, came into the house.

He seemed born take all my fears away, to shed light in dark corners, to level the ground in front of him.
We were young and good-looking, and we fell in love and got engaged.

My uncle was far from pleased.
He called Momad, “Bandit”, just because Momad drank alcohol. But Momad merely did in the light of day what everyone else did behind closed doors.

The day that my mother came from Palma to meet Momad’s family, I was happy. We are going to get married, I thought.
“No, I’m against it”, said my uncle… and that was that!

I lost my temper, cried, despaired…but what good did my despair do?

He was the head of the family, the one who made all the decisions…who decided what my life was going to be.

He put a stamp on my future taking all the liberties.

Sometimes there is no need to open your mouth or say anything; all you have to do is touch a sore place and the pain becomes so intense that it ties your stomach in knots and never goes away.
I felt humiliated, hopeless, in pain.

My mother hugged me goodbye. “There’s nothing I can do against his decision. He is rich and can do what he likes. Be happy”.

Momad went away to another city and I never saw him again. But every so often I think about him.
Missed opportunities are the ones to which we cling in life to avoid sinking into the abyss and the arena of love is my abyss.

I could not stand my uncle anywhere near me.
I still harbour this intolerance inside me, but I also have to recognise that it is thanks to him that I started school when I was fifteen.

One day I decided to leave my uncle’s house and sought refuge at my sister’s house.
A year passed: I attended school, went out with my friends and tried, like a cat, to lick my wounds which had never healed.

My uncle reappeared suddenly.
I found him on the doorstep and he was not alone, he had some policemen with him.

I did not scream or lose control. I was so scared; I froze and could not think. Not a single tear, or scream; it was as if my heart had been split in two with an axe.
He took me away and gave me back to my mother. “I can’t stand your daughter, take her back”, he said.

I felt like nothing more than a parcel, sent off with no return address.
I was, however, finally free of my uncle. I returned to Pemba, to my sister. I knew that I was always welcome there; we shared the same blood, were daughters of the same father.

The last few years had been quite difficult and the insults suffered were like small bones that you cannot swallow like water and I was not even twenty years old.

The tears I had shed because I was not allowed to marry Momad were long gone. They were locked inside me, ready to well up if anyone had cared to listen to me…but it was a time to live!

I met a boy, soon got pregnant and went to live with him in his parents’ house.
Not such a good idea!

His parents began to whisper. “What are we going to do with her? Why don’t we send her back to her mother?”

Fortunately, this time there was no need to send me back like a parcel.

My mum came to get me and took me back to Palma with love.

Elsa was born, my first piece of luck.

I was a mother and I felt a strong urge to rediscover that happy little girl who lived with her grandmother.
I wanted my grandmother!

Immediately after giving birth, I put Elsa in my capulana and set off on foot to my grandma’s house.

I walked for seven hours without stopping. I arrived with swollen, bleeding feet.

My grandmother prepared hot water for me. Her hands on my body were like words of love.
Later, after many days spent on the terrace of her house talking together when I said goodbye, a veil of sadness misted her gaze: she knew that she would never see me again.

I was a mother and I had to take care of Elsa. I began making biscuits and selling them.

I wanted to go back to school. But the school did not want children in the classroom and so I decided that you cannot learn what they teach you if you know that your daughter is outside in the street and no-one is looking after her.

I gave up school and my education remained rather shaky!
And so we come to 2006: I wanted a house of my own! I did not want to let anyone move me around anymore as they pleased. The walls of my house would be my protection.

But envy is a terrible thing, both for those who feel it and for those who are subjected to it: the owner of the restaurant where I worked did not like the fact that I had a house of my own and fired me.

So the money ran out and the house had no doors… and perhaps that is why another man came into my life.

He saw me when I went to fetch water from the well and got a friend to tell me that he liked me a lot.

I was afraid: if you have been burnt with fire, you learn to blow on ice too … but I also wanted to love and be loved.

I discovered too late that he was married and in the meantime he had managed to weave a great web of lies to his wife and to me.

Each one oblivious to the existence of the other, he moved us like pawns as men often do in my country.
When I got pregnant, he took me to Pemba where he had moved with his wife in the meantime.
It was difficult to work when I was pregnant and with a little girl, so I was forced to follow him.

I was not alone in Pemba. My sister and cousins were there.

He had rented a house for me and made sure I had enough food, but at night he went home to sleep with his wife.
My heart ached when he was away.

And so, I put a time limit on my suffering…I would leave when my little girl started walking.
Gaudenzia walked at seven months!

She and I returned to Palma together.
I have fixed up the house which now has doors and I have started working again.
I have even managed to set up a little shop where I sell ice lollies that I make myself to the children.

Yes, I liked working more than loving… my soul for love was tainted too much and your soul is not like your body, you cannot wash it with soap!

If I think about my life now, I feel like I am walking on slippery ground; I try to imagine a future for myself, but it is hard.

But I know that I am here in Alcatraz now.

I would never have imagined myself coming to this place: a path opened up for me.

It is never too late for dreams, even for those that seem impossible, and the theatre is my dream.

Dreams are like the wind that fills the sails of a boat and takes you out to sea… and I bear the name of a boat.