This diary on the adventure of “Theatre is good for you” is feeling the effects of the work we are doing these days. We rehearse all day, morning and afternoon, we rehearse again, we discuss lines, dialogues, movements, and we start all over again. Scene 1, scene 2, then we redo scene 1, we do scene 1 and 2 together, then we try scene 3, and so on… 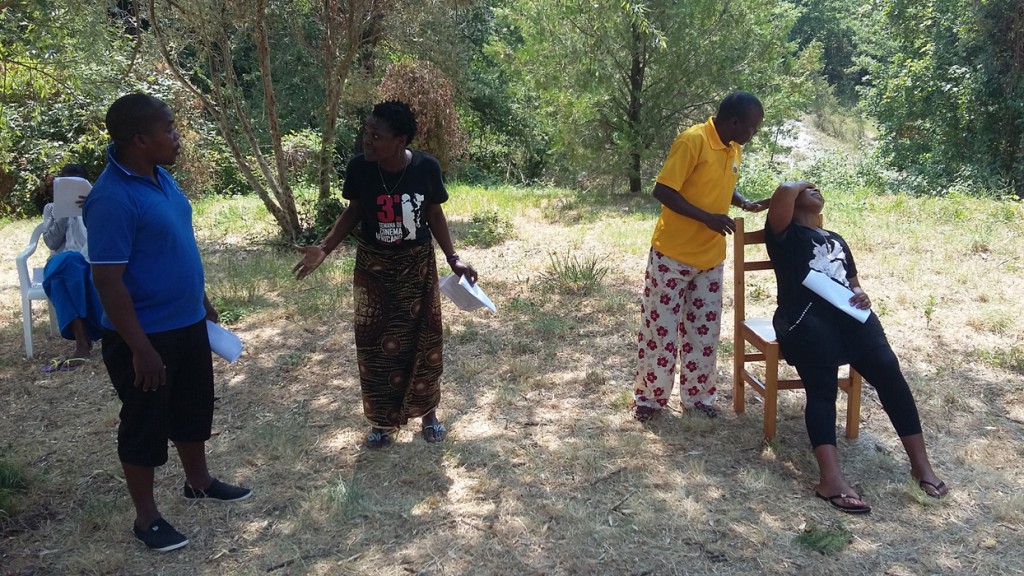 With each performance we add a small piece, a new movement, a line, an idea to liven up a dance.

Jacopo…wrote the script in one night! And this morning he arrived with the dialogues for the 2 scenes that were still missing. He created a script, the idea of which came from a story told to us by Felix, with a pinch of Molière, a little Boccaccio and the final supervision of Dario Fo.

Ok! I’ll tell you a little bit about the plot (but don’t tell anyone!!!). The play is called “O falso médico”, The false doctor.

(The background scene shows a forest, as the narrator tells the story the actors dance)

Narrator: Ladies and gentlemen, we are going to tell you a story about a man and a woman who are in love.

They met at school and they loved each other immediately.

He followed her, walking along the same road, and picked flowers so she could put them in her hair.

She brought him a plate of maize porridge that he ate together with his friends, according to the ancient tradition of courting.